Discover the world of pottery

Whether you are a professional ceramicist, or you take pottery classes as more of a hobby, there is no doubt that the pottery scene is huge right now. Find out everything you need to know about pottery here.

There are various different methods when it comes to tuning clay into beautiful pots and designs. Clay can be used in sculpture art as well as in designed pots, plates and even entire tea sets.

In this excerpt of The Pottery Guide we take a look at wheel throwing as a pottery technique. We look at it's history, the different tools used during the process and find out where you can practice it now.

In this excerpt of The Obby Pottery Guide we take a look at hand building ceramics as a technique, it's history, the different variations, and where you can practice the skill today.

In this excerpt of The Obby Pottery Guide we take a look at raku pottery, it's history, the basic process of it and where you can practice it today. 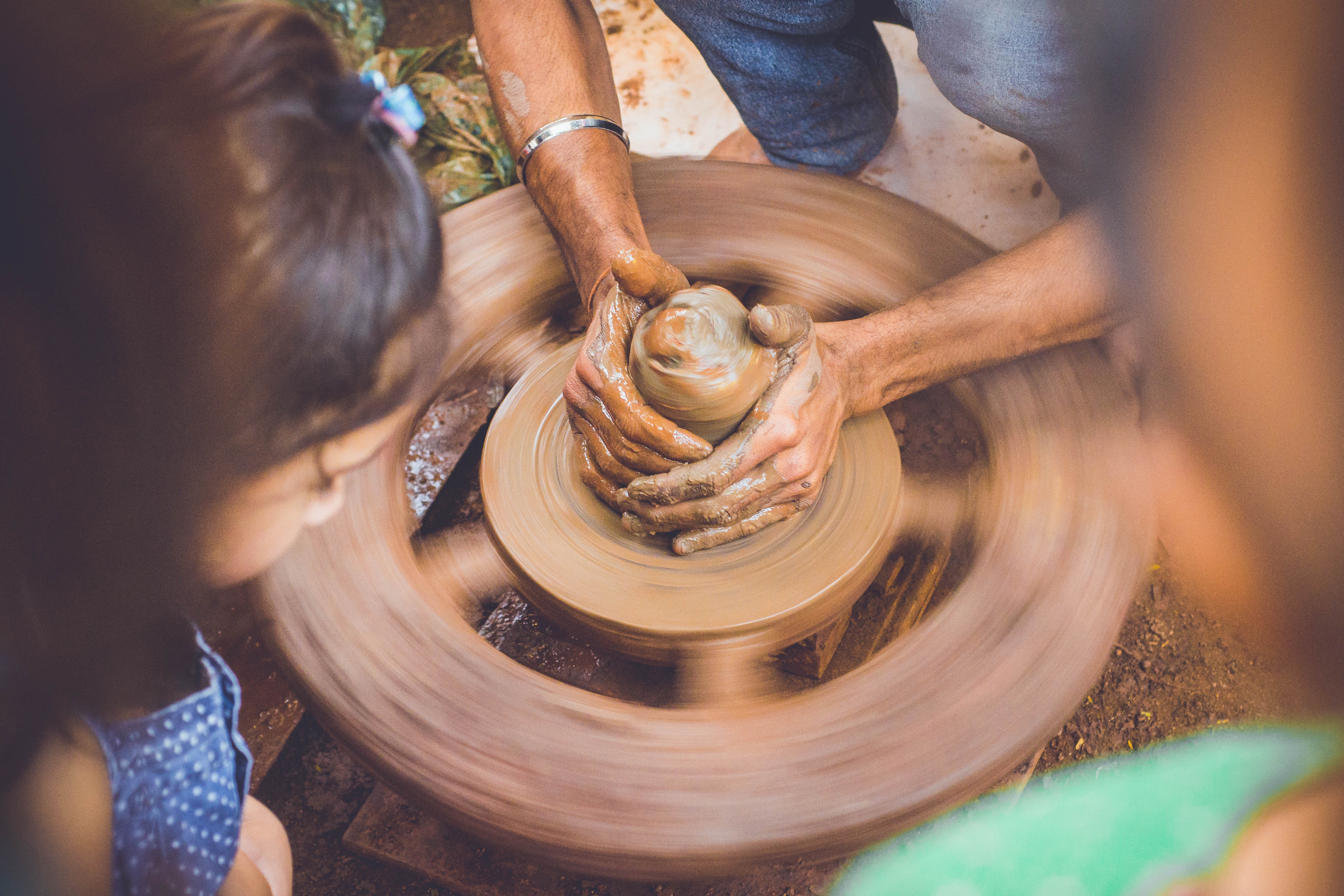 Pottery through the ages

Pottery has always been considered as the primary way to create pots, plates and other structures for many reasons. It's cheap to get hold of, it's a naturally occurring product and it can be moulded into various different shapes as well as being made waterproof. Hand-building is a basic form of pottery has been around for centuries, no one is exactly sure when it originated. Wheel pottery, however, came about in it's basic form in 3000 BC. In terms of history, pottery has a very rich one.

Pottery in the modern era

It's not until recently that ceramics have been considered an art form, but were projected into pop culture by artists well known for other mediums, such as William Morris & Henry Matisse. Recently, in 2015, the BBC launched a television series called The Great Pottery Throwdown, which set potters against each other to win the title of champion. This popular show once again projected pottery and the art of ceramics even further into pop culture. As with anything, the trends of pottery and ceramics have changed throughout the years, but it is clear that pottery has remained popular throughout the ages! 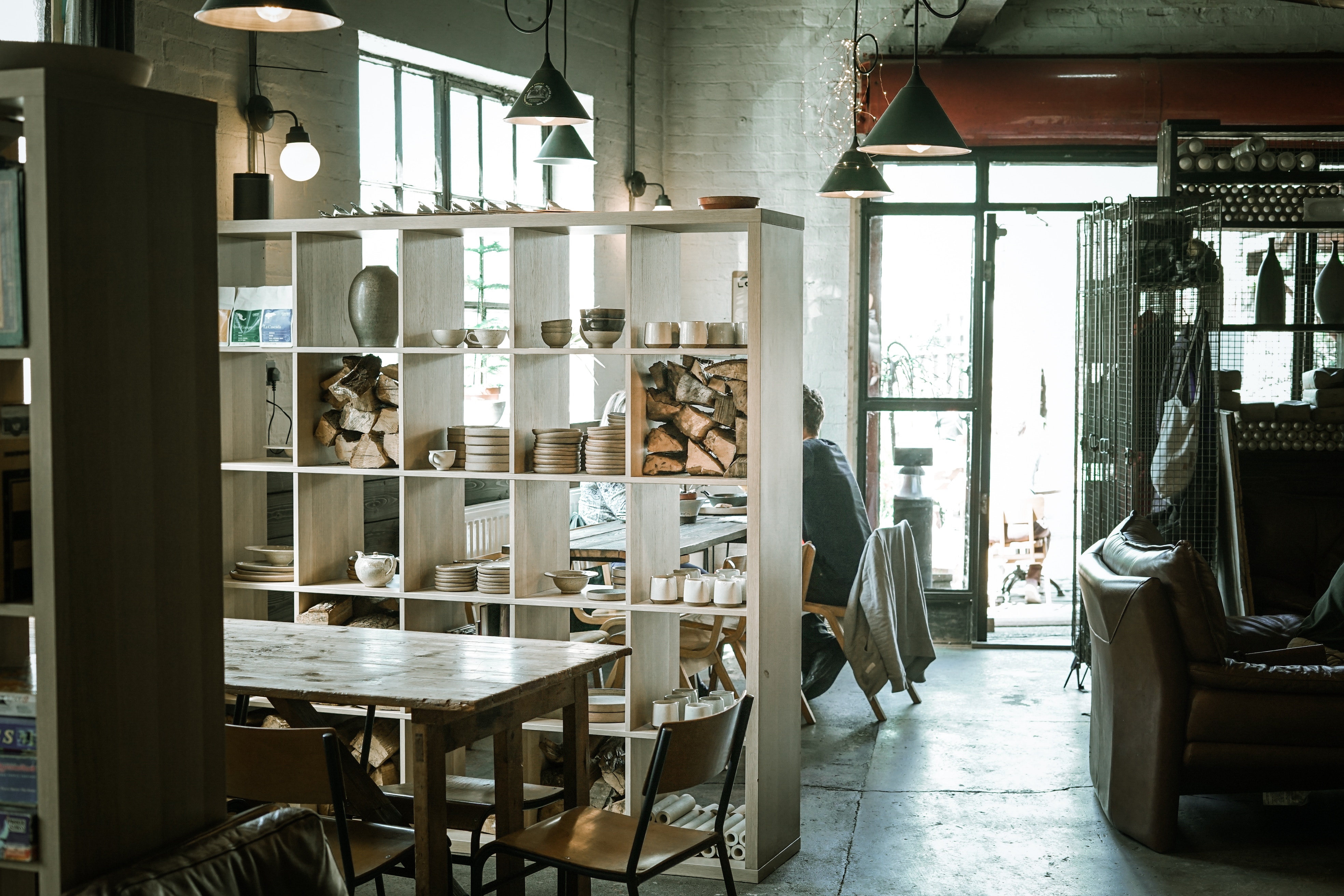 Pottery in the modern era

It's not until recently that ceramics have been considered an art form, but were projected into pop culture by artists well known for other mediums, such as William Morris & Henry Matisse. Recently, in 2015, the BBC launched a television series called The Great Pottery Throwdown, which set potters against each other to win the title of champion. This popular show once again projected pottery and the art of ceramics even further into pop culture. As with anything, the trends of pottery and ceramics have changed throughout the years, but it is clear that pottery has remained popular throughout the ages! 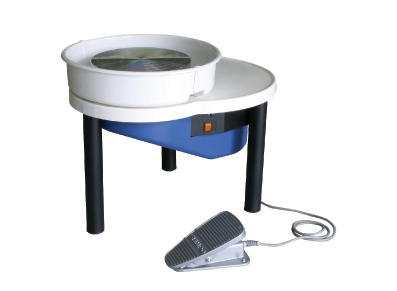 The potters wheel is used in wheel throwing pottery. Used to keep the lump of clay constantly turning so you can use both of your hands, and other tools, to create a symmetrical appearance when working with clay. 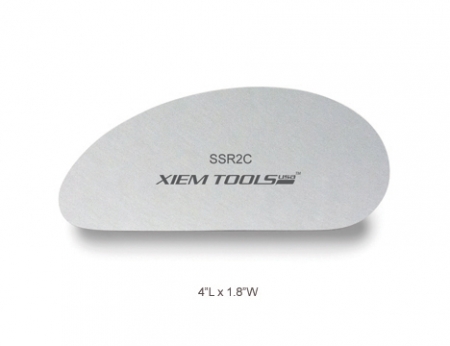 Kidney palettes come in rubber or stainless steel and are used to help shape the clay. They get their name because they look like a little kidney stone, but there are various different versions of them. They can have either straight or rounded edges. 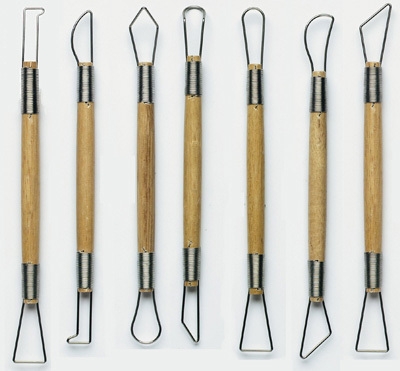 Turning tools are used in conjunction with the potters wheels. These can be used to add different elements to your ceramics, for example, a ridge. They are also used to cut the clay, so you can shape and create exactly what you would like. 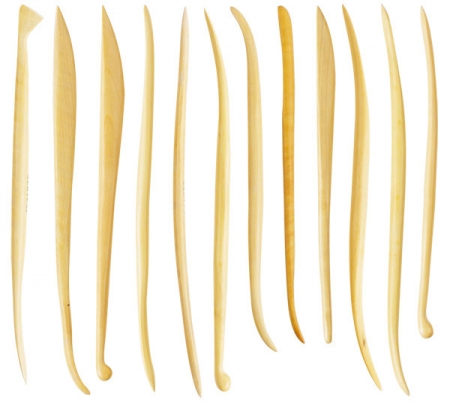 Decorating tools look very similar to Turning Tools. They are used to decorate your ceramics. These are often delicate tools, that have different uses including cutting into the clay, scoring it or piercing it. 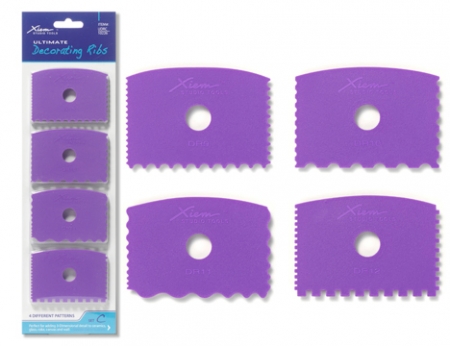 Texture tools are similar to decorating tools but are used to add texture to your clay. They are used while the clay is still wet.

Different glazes can be used while firing your ceramics to give them a different finishes. You can create marbled effects and add different colours to your pottery.

What learners are saying about our pottery classes

Pedro
Been on 2 Obby classes
Nam is an awesome teacher. I learned loads and got to do loads with my hands. Thanks and 5 stars!

Tanja
Been on 2 Obby classes
Fantastic day with Jo, who talked us through the basics of green wood & after some practice, on to make a wooden cooking spoon out of a wedge of newly axed Sycamore greenwood. Left feeling very inspired, happy & ready for more. Just give it a go!!

London's pottery scene is definitely enjoying its boom post The Great Pottery Throwdown, a popular television show. A lot of Obby's pottery teachers were actually contestants on the show, including Nam Tram and Clover Lee. Studios such as Kerry Hastings Ceramics at Regent Studios in Finsbury Park also offers an open access membership for those with experience of pottery. Use of potter's wheels, kilns, work space & shelves for storage are included in the membership, which makes the very expensive hobby of pottery, easily accessible and much more affordable. 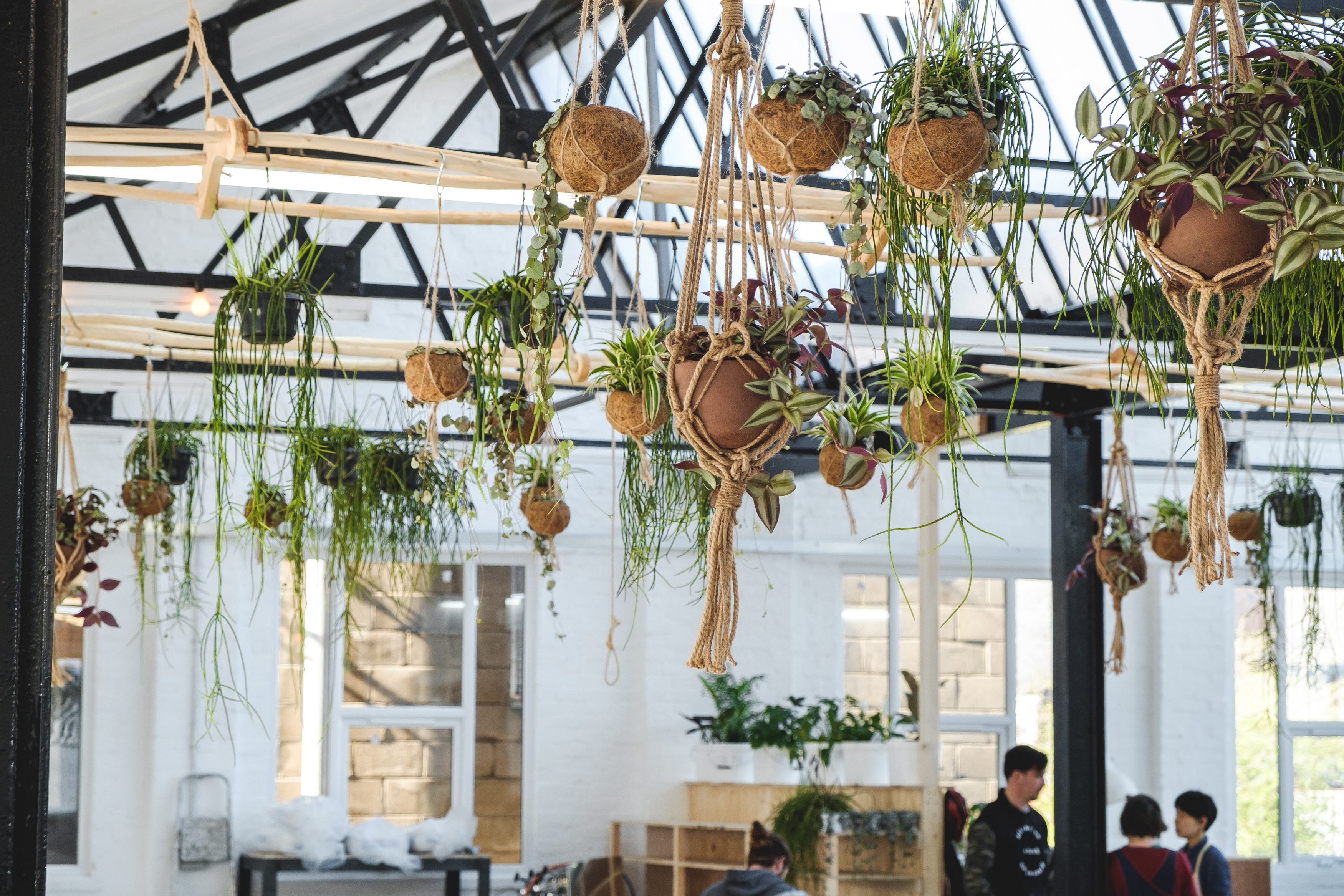 Turning Earth is a community facility for potters. Run like a gym, ceramicists of all experience levels can join up and come and go as they please. 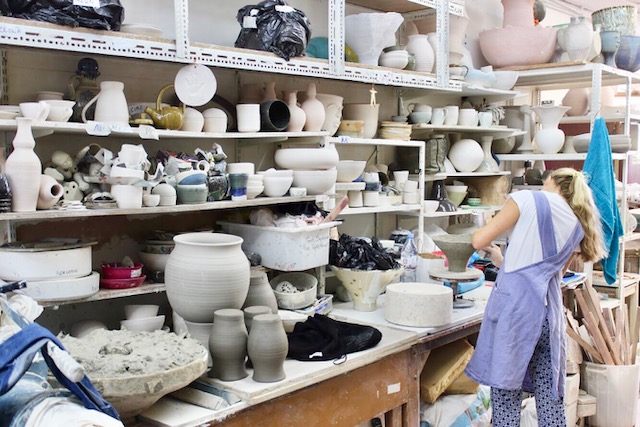 The coordination is one thing to get your head around, along with rhythm and pressure. There's a lot going on at first. And to be honest the beginning stages may feel very difficult for a while- but lots of repetition soon eases you in, as it can take many hours, weeks, years.. to master pottery throwing. So I would say just enjoy it and have patience!

The talented masters behind our pottery classes 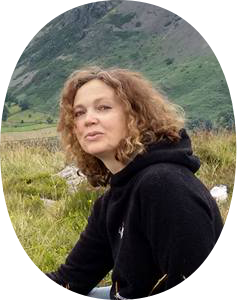 With an Honours Degree in Ceramics and over 20 years of working with clay, Kerry Hastings is a professional full time potter. Kerry works from her studio in London's Finsbury Park, producing both sculptural pieces that are made using the ancient technique of coiling with rolls of clay, and wheel thrown tableware. Kerry supplies over 20 galleries with her sculptures and ranges of her tableware are stocked in stores such as the Conran shop in London and Heal's on Tottenham Court Road. 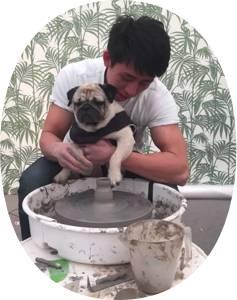 Nam Tran is an award-winning practitioner who gives lectures and demos at universities and exhibits internationally. Nam specialises in wheel thrown raku, bringing years of experience and craftsmanship to every object made. 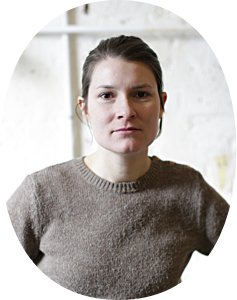 Jo Davies is an experienced tutor in ceramics and offers tuition in her studio for wheel-throwing. She is considered an expert in her field and, since graduating from her Ceramics degree in 2002, she has taught a wide range of students - from school groups to undergraduates. She has a Masters degree from the Royal College of Art and fifteen years of professional practice in ceramics so her advice is sought after by people looking to begin their interest in wheel-throwing clay and by those who want to take their knowledge further.

Where to hire a pottery wheel 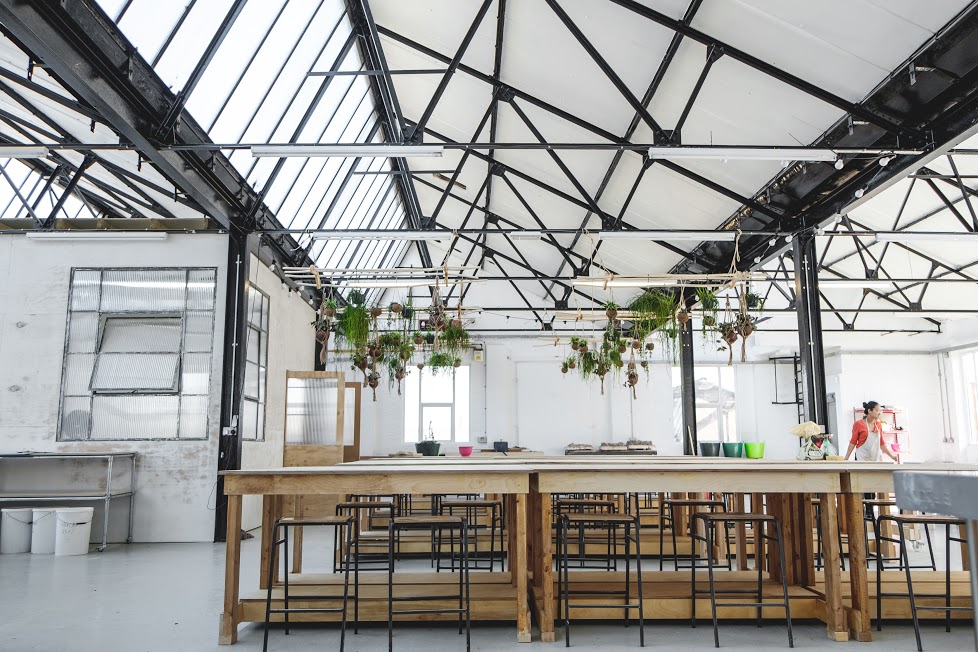 Be Inspired: Interview with Turning Earth

The best places to practice pottery in South West London