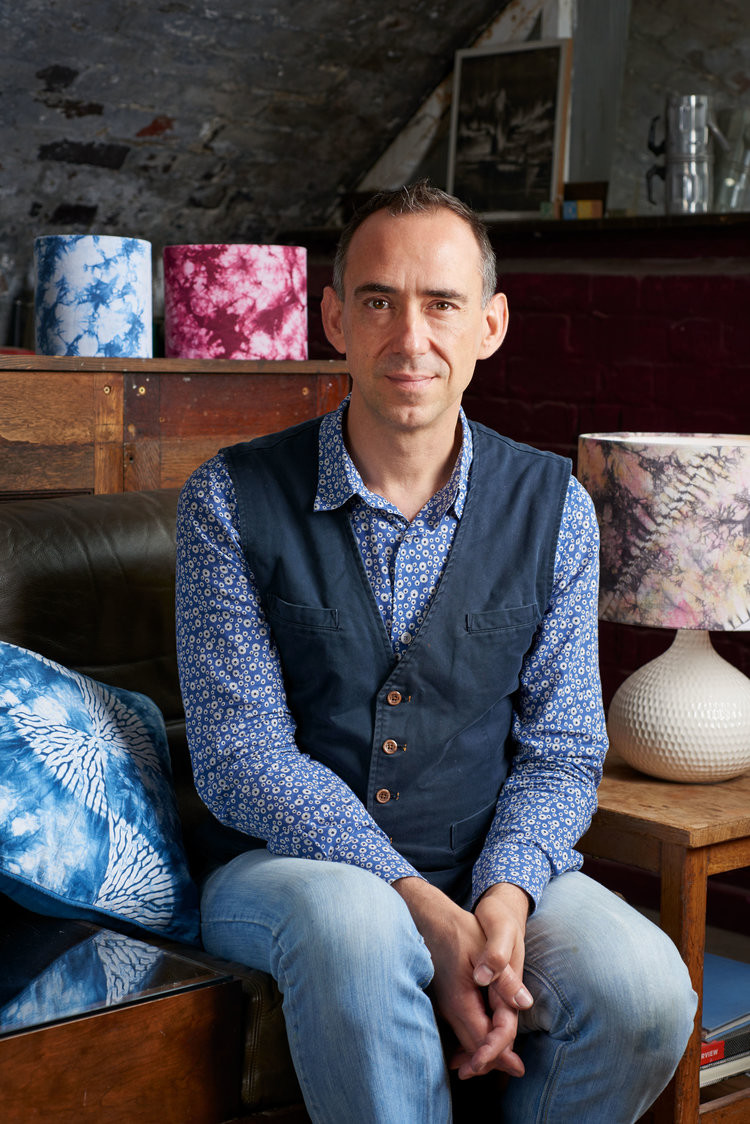 The Japanese craft of Katagami (stencil cutting) has been around for hundreds of years, with craftsmen making the most delicate and detailed patterns and representations of nature.

Katagami stencils are made from Japanese washi paper, soaked and bonded together by the juice of the Persimmon fruit and then dried and smoked to create an almost entirely waterproof paper, ideal for stencil work.

In this full day class you will learn about:

Your tutor will also explain about the history of Katagami stencilling in Japan, the four types of stencil cutting techniques and show you a number of vintage stencils, including some from the Edo and Meiji periods.

About your host, Romor Designs

London-based Romor Designs was formed in the autumn of 2015 by Rob Jones, a shibori textiles designer and natural dyer.

Having discovered Shibori, the ancient Japanese art of resist dyeing, at West Dean college, Rob went on to study in Japan under indigo guru, Bryan Whitehead.

Rob’s passion is in finding the new in the old, building on the tradition and centuries of skill that shibori has behind it. He believes in taking work in new directions by combining techniques and inventing his own forms.

A core component of Rob’s work is his love of colour and pattern, which he brings to light in his colour saturated and complex fabrics. As lampshades, rich colours take on new life when lit, casting bright shadows; in home textiles, patterns are broken and reassembled to produce new and original forms.

To this end Rob’s work focusses on providing the structure to contain the organic nature of the dyes and processes he uses and carefully selecting those which will form the most compelling pieces.

Rob starts each day with a meditation to clear his mind and help him to focus on the tasks ahead. Every day is different and unique, much like the work he creates.

Please wear old clothes and ideally bring an apron and rubber gloves. (Marigolds are best!) Bring inspiration/pictures of something you would like to cut as a stencil. This should be no more than 4 inches square. I suggest you go for something relatively simple!

Save to wishlist
7 hour workshop
from £100 pp