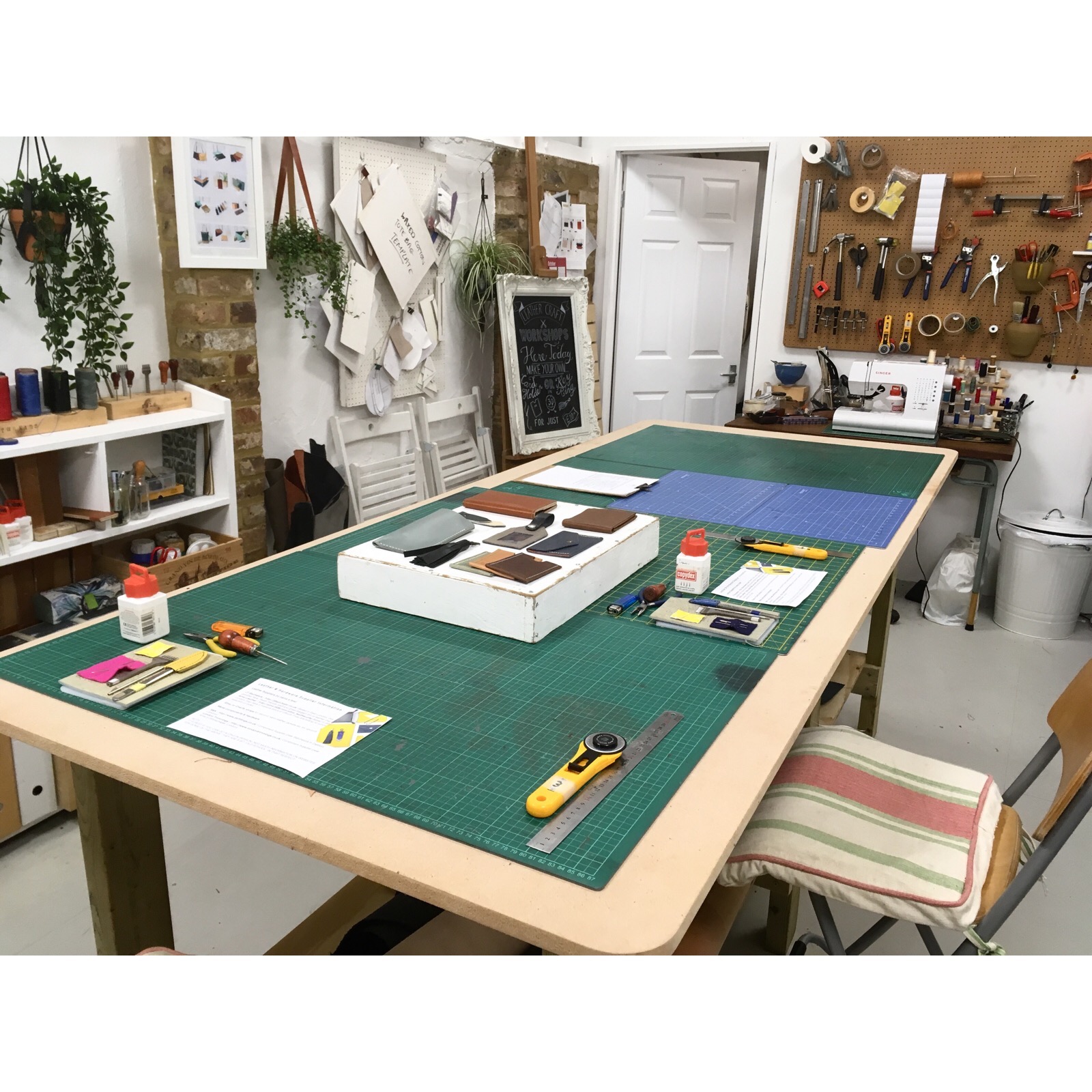 In this 2 hour workshop you will learn how to cut, shape, hole punch and rivet leather to create an attractive, contemporary plant hanger complete with a terracotta pot. There will be a choice of 3 different leather colours including black, tan and natural and metal fastenings in brass, nickel or copper finish to create your own unique plant hanger. You will also be taught how to make and attach a leather tassel detail as well as the option of embossing a label to add that completely personal touch.

At some time, by accident or by trial and error, man discovered methods of preserving and softening leather treating animal skins with such things as smoke, grease and bark extracts. The art of tanning leather using the bark of trees probably originated among the Hebrews. In primitive societies, the art was a closely guarded secret passed down from father to son. As civilisation developed in Europe, tanners and leather workers united in the trade guilds of the Middle Ages, as did the craftsmen.

You need to be a group of 3

I am only available on Tuesday, Thursday, Sunday

About your host, Rosanna Clare

After completing a Masters in Textile Design, with her love of upcycling and repurposing Rosanna has developed a range of jewellery and accessories made primarily from offcuts and recycled materials of wood and leather. Her designs are mainly influenced by geometric shapes and patterns but many pieces are dictated by the nature of the shape, size or form of the materials available. Having nearly a decade of teaching experience behind her, she has built up an extensive range of skills and is very lucky to now have the luxury of time and space to make her own products and to experiment with different techniques and styles.

Ultimately though, she thoroughly enjoys being able to pass on her knowledge and passion for leather craft to other people by running a series of workshops. She caters for both individuals with one to one tuition and groups of up to 12 at either her Surrey studio or various venues in London.

No, just themselves and be aware that the class can get a little noisy when punching the leather into shape.

Save to wishlist
2 hour workshop
from £45 pp