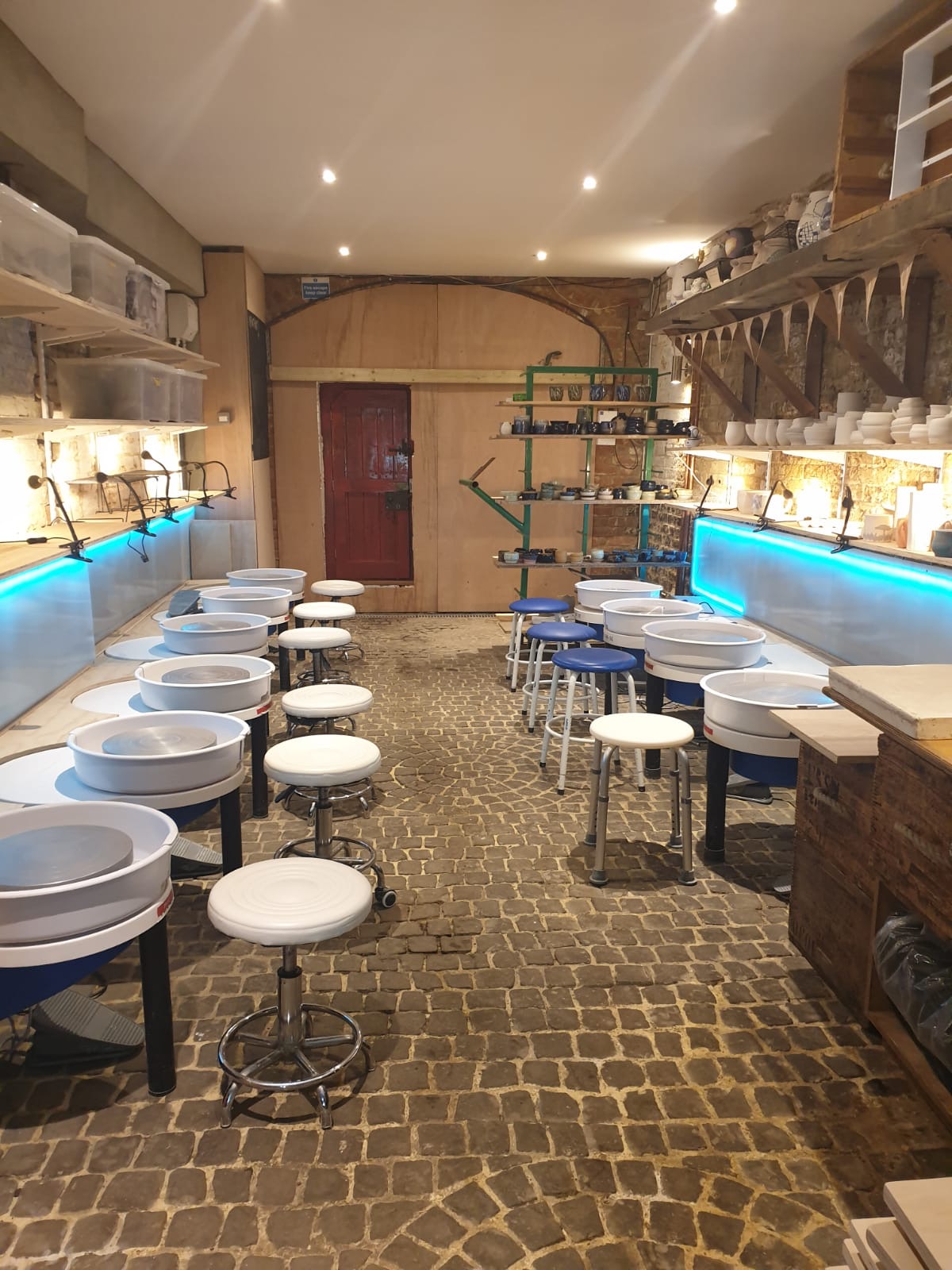 This six week mixed abilities course for intermediate to advance throwers. Demonstrations tailored to improve particular throwing and decorating techniques will be introduced, and you will be encourage to research and design a range of work as your main project for the course.

Included among techniques, but not limited to:

You will be taught in a relaxing environment in a small group of 8, and you will be guaranteed a wheel to use every class, with no need to share. All tools and materials are included. Firing is charged at £1 per 100g weight of clay.

The term "bisque" is of French origin and literally means "Twice baked". In pottery making, we first bisque fire your pots, and then glaze fire them again after decoration. This process sometime can take up to 4 weeks.

Margaret
18 Jul
Clover is an enthusiastic and inspiring teacher, always happy to advise and encourage. I have thoroughly enjoyed my first classes with her and will certainly continue my potting - there is so much to learn.

Margaret
18 Jul
Clover is an enthusiastic and inspiring teacher, always happy to advise and encourage. I have thoroughly enjoyed my first classes with her and will certainly continue my potting - there is so much to learn.

About your host, Clover Studio

About the Studio: Located in a residential area just 10 minute walk from Clapham South Station (Northern Line), Clover Studio was formally a stable, and had been transformed into a pottery teaching studio in 2020 by the owner of the building previously have their property featured in Grand Design, known as The Curved House.

The studio is equipped with 9 wheels, two kilns and all the necessities for day to day running of a ceramic studio. We also have access to a beautiful bamboo garden shared with the resident of the house, plus a dog and a cat that occasionally visit the studio to help keeping an eye on everything.

About our staffs: Clover: started as an evening class hobby potter in 2010 and now proud owner of Clover studio in London, she is a finalist of The Great Pottery Throwdown 2017. Her works are largely influenced by traditional Chinese and Japanese culture, inspired by the interaction of nature and human to promote flow of energy and harmony. (http://www.clover-lee.com)

Akiko: born in Kanagawa, Japan, graduated fromTama Art University in Tokyo which she majored in ceramics.. Akiko's making focuses on a concept called ‘Yaeh’ which means fang in Japanese. Using the mold of her teeth as a base as the sense of identity with the pondering question of “what do you want to leave in this world before you die?”, she hopes her art can continue to uncover new forms, evolve and spread the joy of different lived experiences. https://akikomatsuda.com

Charlotte: Resident potter of the studio. “I like crafts in general like sewing and knitting because there is a physical output, and pottery is the same. I used to work in communications where I enjoyed making brochures, but that is all digital now.”

Mel: Resident potter of the studio. “What really motivated me was making a pot that was really good and feeling like I had accomplished something and that I could be good at something - I felt like I can do this and that this was something I could do for me.”

Please bring any inspirational items, such as sketchbooks, examples of works you really like, or your own works. Please wear comfortable clothing that you don’t mind getting dirty, and your own apron if you have one. If you have long hair please tie them back. Please take bracelets and watches off when possible, rings are fine to be kept on.

Save to wishlist
Twelve session course

Monday Afternoon-Pottery Course on the Wheel