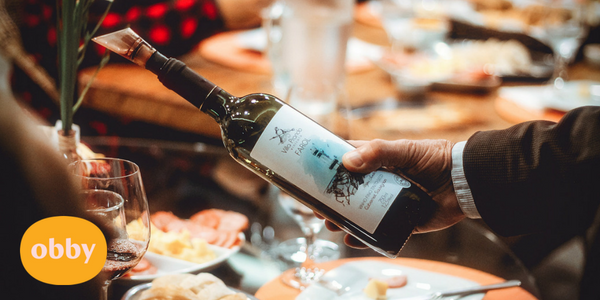 Wine is made from grapes, but not like the ones you find in your fruit basket. Wine grapes and smaller, sweeter, seeded and have thick skins. There are actually a huge amount of varieties of wine grapes, totaling over 1,300. Only 100 of these varieties make up 75% of the world's vineyards, as the most popular varieties are the ones that are grown the most! Cabernet Sauvignon comes out at the top of that list, winning the crown for the most planted grape variety. But what makes that wine different to others, what terms will you come across in wine tasting and how do you get started. This guide will introduce you to some basic wine tasting terms and some facts an figures to get you started on your wine knowledge journey!

You probably know more about grape variety than you think. Grape varieties are Merlot, Pinot Noir, Malbec and many more. It is the name's of the grapes that are used in your wine that are extremely influential on its flavour. Grape varieties can be blended together to create different wines and although they all originated in one place, they can be grown anywhere in the world. Where they are grown also makes a difference to the outcome of the wine. By understanding more about the grape varieties, you can help understand deeper the flavours of wine, and how they get that way.

Although grape variety is a huge factor on flavour of wine, it is not the only thing. Appellation basically means a legally defined and protected area. All varieties of grape grown in the same appellation have to be grown under the same rules. This concept was first practiced in France with the “appellation d’origine contrôlée”” (AOC). This system was devised as a way to differentiate between terriors. Terriors is a concept designed to encapsulate the different landscape, weather and cultural influences in creating wine. This also leads to the idea that a region is a collection of appellations, often either considered good or bad. Originally designed a way of marketing and distinguishing between wines created in Burgandy and elsewhere, the Burgundian monks have influenced the entire wine trade all over the world with their initial ideas of terroir, and it's resulting in the“appellation d’origine contrôlée”

When considering the region when talking about wine, you are referring to the area they were grown in. A little like you would ask a person where they are from, this is the same concept when it comes to wine. Regions often have different sub-regions in them, and they rarely produce the same grape or wine. However, wines from the same regions are often characterised by a few similarities. Most regions share the same climate and terrain, and except for a few larger regions, often have the same harvest season. Regionality in wine, much like in people, affects the way the wines are reared. The winemakers who grow the grapes will have different methods, passions, and tastes to producers in other regions, which all have an effect on the wine itself.

Terroir pronounced (tare-eh-wah) is how a regions climate, soils, and terrain affect the taste of wine. This can also refer to tradition, but only in areas which hold winemaking as a tradition.

A wine's aroma sometimes referred to as its nose, is the smell of the wine in the glass. The aroma can be floral, citrus, fruity, vegetal, earthy or any number of familiar scents. The scent is affected by the grape variety used, the process the wine has been made in and its storage conditions. The nose can be very important in wine tasting, as the smell affects the taste. The nose is more powerful than the tongue so the smell of the wine can really alter your experience of it, and the finished flavour in your mouth when drinking it.

There are many other terms you may stumble across during wine tastings, like flavour and texture, but a lot of them may come naturally to you when discussing wine and its taste. These less than familiar terms were chosen by us for beginners, to help you feel a little more prepared when looking into wine tasting for the very first time. We hope they helped!