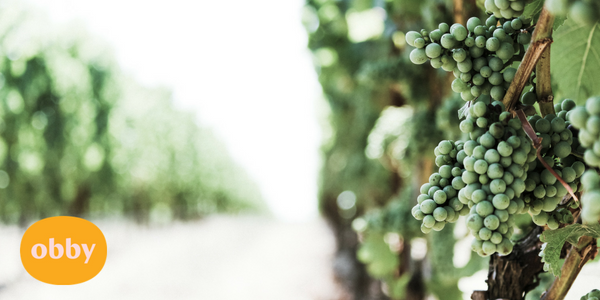 The Bordeaux region sits in Southwest France around the city of Bordeaux, with the Garonne river running through it. Following the marriage of Henry Plantagenet and Eleanor of Aquitaine. The marriage made the province of Aquitaine part of the Angevin Empire which meant the wine of Bordeaux was exported to England. This increased the popularity of the Bordeaux wines but the fact the wine was such high quality meant that was a natural increase. Bordeaux is irrigated by a lot of rivers and also has a soil rich in limestone and calcium, meaning the geological benefits of the region contribute to its ability to grow great wine. The grapes predominantly used in Bordeaux wines are Cabernet Sauvignon, Cabernet Franc, Merlot, Petit Verdot, Malbec and rarely Carménère. Bordeaux wine is made of a blend of these grapes. Typical blends are 70% Cabernet Sauvignon, 15% Cabernet Franc and 15% Merlot. This is typically referred to as the "Bordeaux Blend". However, the Merlot grape tends to predominate in Saint-Émilion, Pomerol and the other right bank appellations. These right bank blends from top-quality Châteaux are typically 70% Merlot, 15% Cabernet Franc and 15% Cabernet Sauvignon.

The Burgandy region is in eastern France amongst the valleys and slopes of the Saône river, a tributary of the Rhone. The most famous wines produced here are dry red wines made predominantly from Pinot Noir grapes. However, the region is also responsible for white wines made from Chardonnay grapes. The Cote d'Or, or the Golden Slopes as they are made up of the Côte de Nuits and Côte de Beaune vineyards. Together these groups of vineyards are the Cote d'Or and are responsible for some of France's most expensive wines. Burgundy produced Grand Cru wine, which makes up only 1% of the wines produced in the region. Grand Cru is at the top of the classification system within Burgundy and these wines are highly regarded across France and the rest of the world. One of the most expensive wines in the world, Henri Jayer Richesbourg Grand Cru, was produced in Burgundy. Its average price for a vintage is £12,000.

The Loire Valley wine region includes the French wine regions situated along the Loire River from the Muscadet region near the city of Nantes on the Atlantic coast to the region of Sancerre and Pouilly-Fumé just southeast of the city of Orléans in north-central France. The Loire Valley is often divided into three sections. The Upper Loire includes the Sauvignon blanc dominated areas of Sancerre and Pouilly-Fumé. The Middle Loire is dominated by more Chenin blanc and Cabernet Franc wines found in the regions around Touraine, Saumur, Chinon and Vouvray. The Lower Loire that leads to the mouth of the river's entrance to the Atlantic goes through the Muscadet region which is dominated by wines of the Melon de Bourgogne grape. Sauvignon blanc and Pinot noir are the principal grapes of this region that is centered around the appellation of Sancerre and Pouilly-Fumé. Unlike many areas of France, the Sancerre region is heavily mechanized with the use of mechanical harvesting rather than hand pickers. One of the best-known producers in the region is Didier Dageneau who, until his death in 2008, was an influential voice in the area advocating the reduction of yields and the use of organic viticulture. Pouilly-Fumé only produces white wines while Sancerre produces red, white and rosé wines. The white Sauvignon blanc based wines from this region have characteristic gooseberry and grapefruit flavors with the Pouilly-Fumé version typically being more full-bodied and rich in texture.

The Rhône wine region in Southern France is situated in the Rhône valley and produces numerous wines under various Appellation d'origine contrôlée (AOC) designations. The region's major appellation in production volume is Côtes du Rhône AOC. An appellation refers to an area of land or a collection of vineyards that are required to follow certain rules to produce wine. Vineyards in the same appellation usually produce wine using the same variants, which can include ripeness of the grape when picked, space between the vines when planted and the way the grapes are picked, as well as many other things. The Rhône is divided into two sub-regions, the Northern Rhône and the Southern Rhône. The Northern Rhône produces red wines from the Syrah grape and also some white wines including wines made with the Viognier grapes. The Southern Rhône is responsible for the production of various different grapes of red, white and rosé wines including the very famous wine, Châteauneuf-du-Pape.

The Languedoc region is a wine growing region which spans the Mediterranean coastline all the way from the French border with Spain right down to the border of Provence. The Languedoc region is the single biggest wine-producing region in the world. It is responsible actually for producing more than a third of France's total wine production. The region itself produced more wine in 2001 than the entirety of the United States. The history of Languedoc wines can be traced to the first vineyards planted along the coast near Narbonne by the early Greeks in the fifth century BC. Along with parts of Provence, these are the oldest planted vineyards in France. The Languedoc region is often associated with mass-produced wine, of a lesser quality. Although, there is a place for less expensive wine in the world, even in France. In fact, during both World Wars the Languedoc was responsible for providing the daily wine rations given to French soldiers.

Champagne as a region is probably the most famous of the wine regions. The sparkling white wine produced here is held in high esteem throughout the world, associated with celebration, special occasion and the upper classes. Many believe that the region's economic success is due to its proximity to Paris, the capital city of France. The principal grapes used in Champagne production include Chardonnay, Pinot Noir and Pinot Meunier. The Champagne region is dominated by chalk soils, which absorb the heat during the day and release it slowly during the evening. The High altitude in the Champagne region means a low average temperature of 10°C, meaning it's difficult for the grapes to ripen. Forests in the area help the grapes reach their prime as they maintain moisture in the soil and helps maintain temperatures. The cool temperatures are what contributes to the high levels of acidity in the grapes, which is perfect for sparkling wine.

A staggering 88% of the region's production of wine is in Rosé. The oldest wine region in France sits along the Mediterranean coast of France, bordered by the Rhone river all the way over to the Côte d’Azur on the east. Famous for its lavender, olive trees and beautiful and of course, rosé, Provence is small at only 150 miles long. For 2600 years, Provence has been focusing its efforts on rosé and is currently rising in its popularity, and is hands down, one of France's most underrated regions. It has a glorious wine growing climate, with lots of sunshine and plenty of dry days. The plants that grow in the area, rosemary, lavender, juniper, and thyme are said to influence the soils and the taste of the grapes. Home to a wide variety of grapes, Provence is famous for Côtes de Provence. The largest AOC (Appellation de’Origin Contrôlée) is the biggest producer in the region. There are a lot of varieties in the appellation including differences in climate, the altitude of vineyards, soils, and rainfall. For example, there can actually be an entire 60 days between harvest in the southern coastal vineyards and their cooler, inland counterparts.