The History of Terrariums by the Botanical Boys 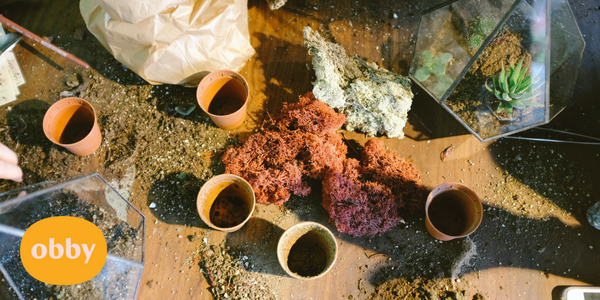 What date (or roundabout century) did terrariums first become established?

Who (or what e.g a movement) started Terrariums?

Dr. Nathaniel Bagshaw Ward revolutionized plant biology by inventing the Wardian Case, which we now know as the Terrarium. It was like a small version of a Green-House. Nathaniel was the son of a physician but was always interested in becoming a sailor as a young man. At just 13 years old, his father sent him on a voyage to Jamaica and Nathan quickly fell out of the idea of becoming a sailor, instead as he grew up, he took over his father’s medical practice, but he never forgot about the tropical flora in Jamaica, in particular to his love for ferns and palms. He began to take a deeper interest in plants and would tend to his own collection in his garden in East London before heading off to see his patients in the morning.

Nathaniel later experimented with a Chrysalis of a moth in an enclosed jar with some leaves and soil, but nothing happened to the moth, but what did happen, was small pieces of grass and Felix Mas Ferns started to grow inside the jar. He would place the jar outside of his north facing the window and with temperature changes in the air, the ferns and grass began to thrive inside the jar. He then created a Wardian case to transport plants around the world, namely Australia, they are now known as terrariums today.

Was there something that specifically made terrarium design popular?

They were especially popular in the 1960’s as a home décor item. Today, people are seeing terrariums as a way of bringing the outdoors in. As most people do not have the luxury of a garden in the City, they want to keep a garden indoors with very little maintenance. The popular movement of terrariums also meant that people can create miniature worlds that they can find adorable and cute, in essence. They also provide a bit of relaxation and therapeutic artistry to the person designing one.

How has it developed over time, into the skill you teach today?

We took 1 year since starting Botanicalboys to really get up and going with our workshops. We now cover major events such as The Ideal Home Show and work with Corporates for Well-Being team events, terrariums really do help staff in offices relax for a couple of hours and shows off the creative side of colleagues as well as greening up space. We have also developed in holding private workshops with our partner events companies and individuals requesting hen parties and birthday botanical parties.

Are there any upcoming trends we should keep an eye out for?